If you’re into Colonial history then you already know the significance of the state of Virginia and the important role it played in forming the United States and the original 13 Colonies. The original colonial settlement was officially formed in 1607 named Jamestown and later explorers moved further northwest and settled at an area with a view of the James River.

It was in 1737 that Major William Mayo officially drew up plans and plots for the city and was also the individual who gave its ultimate state capital the name Richmond. This wasn’t given as the namesake of any fellow traveler but named after the English town of the same name which had a view of the River Thames which was very similar to Richmond’s view of the James River.

Present day Richmond covers a total of 62 square miles with a population of around 225,000 and located in Richmond County. The business-friendly city of Richmond is home to several Fortune 500 companies including UPS Freight, Altria, Capital One Corporation and pharmaceutical company McKesson.

Real estate values and home prices provide a price point for most every buyer yet the higher end, luxury homes have always been one of the mainstays in the Richmond luxury market. While downtown condominiums certainly fall into the jumbo loan range, further to the northwest is where most of the higher end homes reside. Many of these homes are situated within the Riverfront and Westover Hills communities. List prices on the upper end seem to consistently be around the $1 million dollar mark.

Financing these higher-end homes in Richmond and surrounding areas will require a jumbo mortgage. Jumbo loans over the past several years have evolved from the post-2008/2009 underwriting era when guidelines returned to very rigid standards that kept many jumbo buyers on the sidelines who did not want to tie up their liquid assets in real estate and keep those funds working for them in their asset-based investments.

For example, a $1 million dollar purchase price would require a down payment of 20-25% or more in many cases. That translates into a down payment of up to $250,000. Withdrawing those funds could take a rather substantial hit from buyers invested in a mutual fund or stock holdings.

But as mortgage underwriting guidelines have returned more to a common-sense approach, jumbo guidelines have also relaxed somewhat. One of the ways luxury jumbo home buyers can preserve their cash and still finance their purchase is structuring two loans instead of just one large one. When someone finances a $200,000 home with a low down payment, of say 5%, mortgage insurance will come into play unless the buyers take out two loans instead of just one. In the jumbo loan space, there aren’t as many options for private mortgage insurance, referred to as PMI.

The strategy to address conserving as much as cash as possible while still financing a jumbo purchase along with competitive rates is to use the same strategy a conforming option offers. Buyers can make a down payment as little as 5% of the purchase price. Let’s look at a $750,000-dollar home in the Riverfront community with a 5% down payment –

It’s important to point out second lien rates are typically slightly higher than rates for the first lien mortgage. In this scenario, the second lien payment might be a little high for many which could also erase the gains of having a conforming rate on the first. This 95% loan structure is commonly referred to as “80-15-5”

Be sure to read more about the down payment, qualifying and credit standards on the Jumbo Purchase Page. 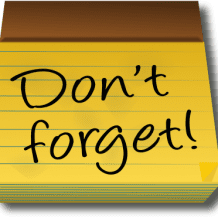 Questions? Please reach out to us 7 days a week by calling the number above, or just submit the Info Request Form on this page.

Have questions? Please submit the Info Request Form on this page 7 days a week for assistance.